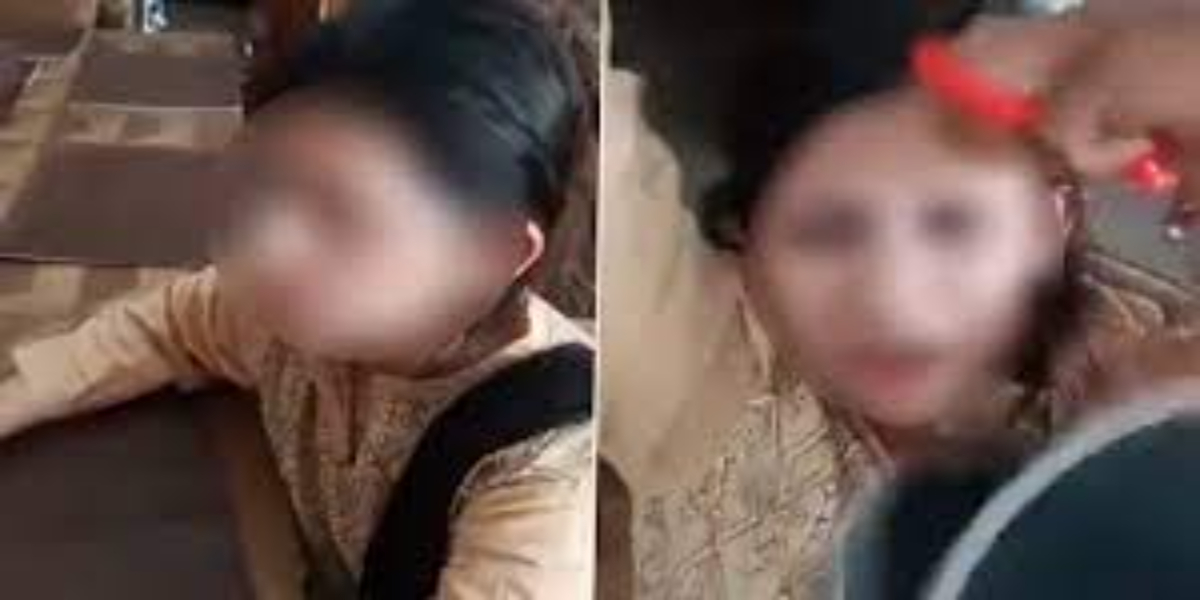 When a video of Faisalabad man forces a girl to lick his shoes went viral, authorities intervened and arrested the perpetrator. A dad from Faisalabad is claimed to have kidnapped his daughter’s friend and forced her to lick his shoes after she rejected his marriage proposal.

Rukhsana Qamar, the girl, was also abused emotionally and physically. She was pursuing a Bachelor of Dental Sciences (BDS). She went to the Faisalabad Women’s Police Station and filed a complaint. She claimed to be linked to her high school buddy Ana Ali Sheikh and that she visited her home on occasion. According to the person who filed the complaint, Ana’s father, Sheikh Danish Ali, began to worry for her. He later asked her to marry him, but she declined. Sheikh Danish retaliated against her because she had refused him.

Sheikh Danish and other armed men stormed into her house, grabbed her at gunpoint, and transported her to his residence on Sheikhupra Road in Faisalabad’s Paradise Valley.

He physically, mentally, and sexually abused her, shaved her head and brows, and forced her to lick his and his friends’ shoes. According to the complainant, the accused videotaped the entire incident and then posted it on social media. Faizan, Shoaib, Khan Muhammad, Maham, and a few others are also listed as co-conspirators. Meanwhile, Sheikh Danish has been arrested for this offence. All of the other suspects, including his daughter Ana Ali, are being held by police while the investigation is ongoing.