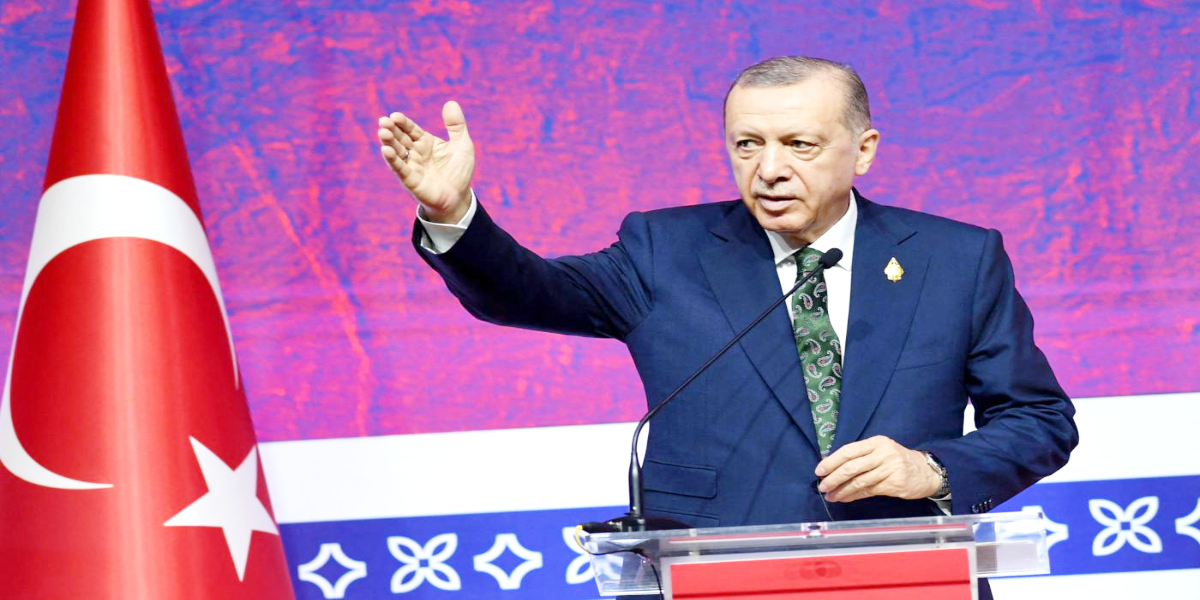 ISTANBUL: In response to the Quran’s destruction outside of Ankara’s embassy in Stockholm, Turkish President Recep Tayyip Erdogan warned Sweden on Monday that it shouldn’t count on his support to join NATO.

Before Turkey’s presidential and legislative elections in May, Erdogan’s enraged remarks further separated Sweden and Finland from joining the Western defense alliance.

The only two NATO members who have not accepted the Nordic neighbors’ historic decision to end their long-standing policy of military non-alignment in reaction to Russia’s invasion of Ukraine are Turkey and Hungary.

The two proposals will be approved by the Hungarian parliament next month, according to Prime Minister Viktor Orban.

However, Erdogan is trying to energize his nationalist electoral base as the election gets closer and has dug in his heels.

In his first public response to the anti-Islamic politician’s actions during a protest on Saturday that the Swedish police permitted despite Turkey’s protests, Erdogan said, “Sweden should not expect assistance from us for NATO.”

Erdogan declared, “It is obvious that people who caused such a disgrace in front of our country’s embassy can no longer anticipate any charity from us regarding their application for NATO membership.”

“Tonight, I am unable to respond to the statement. I want to start by fully understanding what was said “According to Sweden’s TT news agency, foreign minister Tobias Billstrom.

Ulf Kristersson, Sweden’s prime minister, tweeted on Saturday: “I want to express my compassion for all Muslims who are outraged by what has transpired in Stockholm today.”

Erdogan has already outlined a number of strict requirements, one of which is that Sweden extradites hundreds of individuals, most of whom are Kurds, who Ankara either accuses of “terrorism” or of taking part in a botched 2016 attempt.

An uptick in high-ranking ministerial trips to Ankara suggested that Sweden’s courting of Turkey was progressing.

As requested by Ankara, stricter anti-terror regulations can now be passed thanks to a constitutional amendment adopted in Stockholm.

Then, earlier this month, a tiny Kurdish group erected an effigy of Erdogan outside Stockholm’s city hall, and things took a bad turn.

Sweden’s parliament speaker was not invited to visit Ankara, and Turkey summoned the Swedish ambassador.

Similar criticism was leveled at the Swedish police for allowing Paludan’s protests.

The visit of Sweden’s defense minister was canceled, and Turkey recalled the ambassador to Stockholm for another reprimand.

According to Erdogan, the desecration of the Muslim holy book is a hate crime that cannot be justified by the right to free expression.

He remarked in statements that were broadcast across the country, “No one has the right to degrade the saints.

When we say anything, we mean it honestly, and when someone defies us, we make them pay.
Erdogan’s stance on Sweden was denounced by NATO Secretary General Jens Stoltenberg.

He claimed this in an interview with the German publication Die Welt “In Sweden and all other NATO nations, the right to free speech and the right to an opinion are important commodities.

And because of this, these inappropriate behaviors are not always forbidden.”

In the interview, Stoltenberg claimed that the Swedish government had denounced the demonstration “in very clear words,” contradicting remarks he made last spring about a quick membership process.