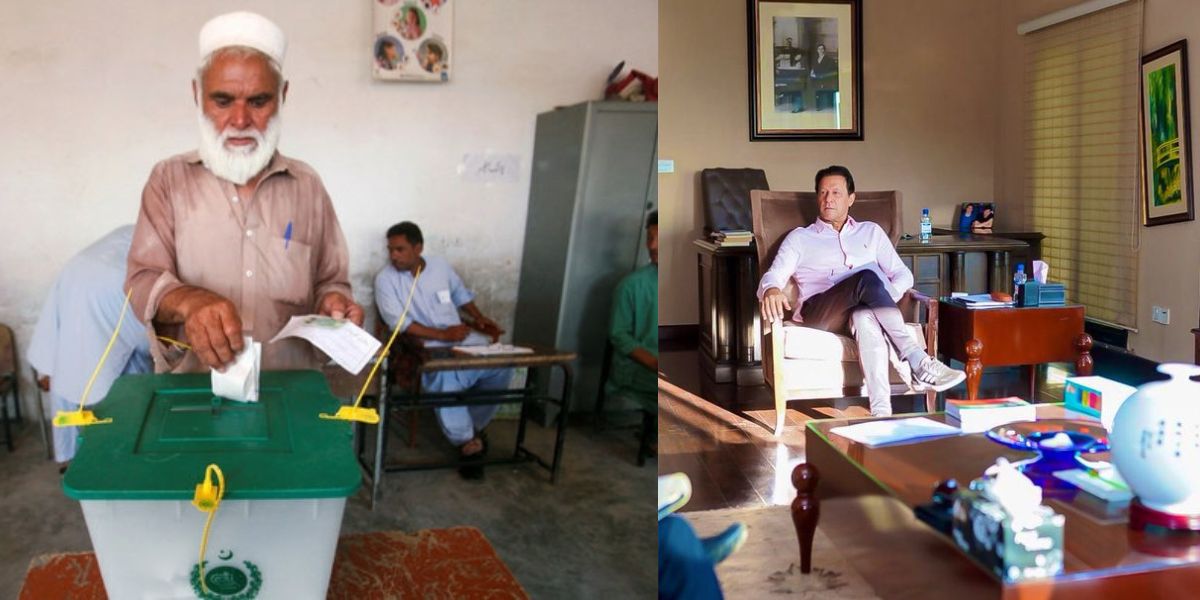 After voting for the important by-Elections 2022 for eight National Assembly seats and three Punjab Assembly seats completed on Sunday amid strong security measures, unofficial results from various constituencies have begun to flood in (today).

The Election Commission of Pakistan (ECP) reported that while the voting process largely remained calm, 15 reports of code violations were received by the commission’s central control room.

The following are the unofficial National Assembly seat results:

According to unofficial and unconfirmed results from 44 polling stations, PTI Chairman Imran Khan is leading with 4137 votes, while Jamiat Ulema-e-Islam (JUI-F) candidate Muhammad Qasim is trailing with 3896 votes.

According to unconfirmed and unofficial results from 110 polling stations, PTI Chairman Imran Khan had 20,457 votes, while ANP candidate Ghulam Ahmed Bilour had 10,760 votes.

According to unconfirmed and unofficial results from 50 polling stations, Imran Khan is leading with 13,416 votes. Abid Sher Ali of the PML-N has received 8,956 votes so far.

Imran Khan of the PTI was in the lead with 21,415 votes, while Shezra Mansab Ali of the PML-N was in second place with 18,545 votes, according to unofficial and preliminary figures that have been revealed.

According to unofficial and unconfirmed results from 40 polling stations, PTI Chairman Imran Khan is leading with 4154 votes. Abdul Hakeem Baloch of the PPP is in second place with 2778 votes.

According to unofficial results from 12 polling stations, PTI candidate Imran Khan was leading with 1461 votes. Syed Nayer Raza of the MQM-Pakistan trailed with 276 votes.

Ali Musa Gillani of the Pakistan Peoples Party (PPP) is in the lead with 3,473 votes, according to unconfirmed and unofficial data from 15 polling places.

Mehar Banu Qureshi of the PTI is in second place with 3109 votes.

Unofficial results showed Muhammad Abu Bakr of the PTI trailing with 1773 votes while Chaudhry Iftikhar Ahmed Bhangoo of the PML-N was in the lead with 18,396 votes.

With 22,000 votes, PTI candidate Faisal Khan Niazi is in the lead. According to early results, Chaudhry Zia-ur Rehman of the PML-N is in last place with 16,579 votes.

Malik Muzaffar of the PTI is in the lead with 26,123 votes, according to unconfirmed and unofficial data from 77 voting places. Amanullah Bajwa of the PML-N came in last with 20,955 votes.

Details indicate that PTI leader Bilal Ghaffar was being abused by unidentified thugs in the Bakra Piri neighborhood while he was visiting several polling places in Malir NA-237.

To receive first assistance, the PTI leader has been taken to a neighboring hospital.

PPP goons attacked Karachi President MPA @BilalAGhaffar
He has been taking to the Hosptial with boss and head injuries.
Criminals ruling Sindh! pic.twitter.com/he8YdrC7Kq

Khanewal groom arrives at the polling station to vote.

As voting in by-elections for eight NA and three Punjab Assembly seats began, a groom-to-be from Khanewal made headlines for an unusual reason. He was seen voting at the polling station in PP-209 before his wedding.

Former Prime Minister (PM) and Pakistan Tehreek-e-Insaf (PTI) chairman Imran Khan has urged the public to vote in all by-elections being held today.

Imran Khan tweeted, “This is a referendum for Haqiqi Azadi from the cabal of crooks.”

Infractions of the code of conduct

Several alleged code of conduct violations were made during the by-elections for three Punjab Assembly seats and eight NA seats.

A voter in Multan who supported the Pakistan Peoples Party (PPP) candidate took a photo of the ballot and posted it on social media after casting their ballot.

The Pakistan Muslim League-Nawaz voters in Faisalabad during the by-election on NA-108 Faisalabad are purportedly permitted to bring cell phones into the voting booth. After casting their ballots in support of the PML-N, one of the voters uploaded a photo of the ballot.

Similarly, during the by-elections on NA-22 in Mardan, ECP’s rule of conduct was broken since one of the voters shared a photo of the ballot.