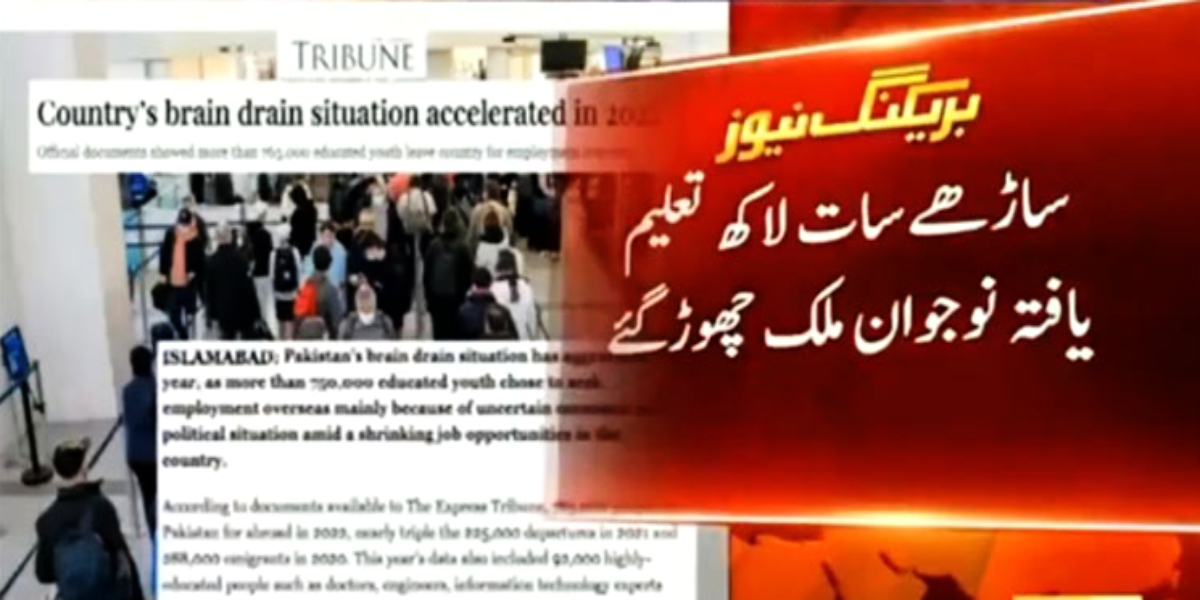 (Infosette News ) ISLAMABAD: Numerous thousands of people with advanced degrees and high-demand skills have been compelled to leave Pakistan due to the country’s persistent political unrest and deepening economic crisis.

According to a document from the Bureau of Immigration, this year alone saw a 300 per cent surge in the country’s brain drain problem, with up to 765,000 people leaving Pakistan for a better life overseas.

Long-standing political unrest in Pakistan and an intensifying economic crisis have cast a pall over the country’s future.

They were primarily going to Saudi Arabia and the United Arab Emirates.

The senior bureau officer cites growing inflation, unemployment, and political unpredictability as the key causes of this youth brain drain.

Nearly 40,000 adolescents travelled to Europe and other Asian nations, while over 730,000 young travelled to the Gulf States, per the report.