BRUSSELS: Under an updated European Union code of practice seen by Reuters, Alphabet Inc unit Google, Facebook Inc, Twitter Inc., and other tech companies will have to take measures to combat deepfakes and fake accounts on their platforms or face hefty fines, according to an EU document seen by Reuters.
As part of its assault on false news, the European Commission is set to release a revised code of conduct on misinformation on Thursday.
The voluntary code, which was introduced in 2018, will now become a co-regulation programme, with responsibility shared between regulators and code signatories.
The revised guideline outlines examples of deceptive behavior, such as deep fakes and fake accounts, that signatories must address.
“Relevant signatories will adopt, reinforce, and implement clear policies regarding impermissible manipulative behaviors and practices on their services, based on the most recent evidence on malicious actors’ conducts and tactics, techniques, and procedures (TTPs),” the documents stated.
Deep fakes are hyper realistic forgeries made by computer processes that have sparked outrage across the world, especially when employed in a political setting.
The code will also be tied to severe new EU legislation known as the Digital Services Act (DSA), which was agreed upon by the European Union’s 27 member states earlier this year and includes a section on countering misinformation. 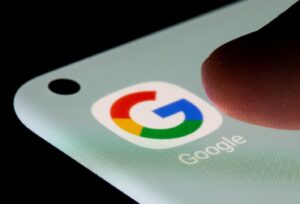 Companies that fail to meet their commitments under the code might face fines of up to 6% of their global revenue, according to DSA guidelines. They have six months to put their plans in place after signing up for the code.
Signatories will also be required to take steps to combat disinformation-based advertising and increase transparency in political advertising.
In a statement, EU industry director Thierry Breton, who is leading the EU’s assault on misinformation, said: “The DSA offers a legal backbone to the Code of Practice against disinformation – including strong dissuasive consequences.”
Some of the revisions in the law are based on Russia’s invasion of Ukraine, which the latter refers to as a “special operation,” according to Commission Vice President Vera Jourova.
“Once the Code is operating, we will be better equipped to deal with disinformation, including that emanating from Russia,” she added.