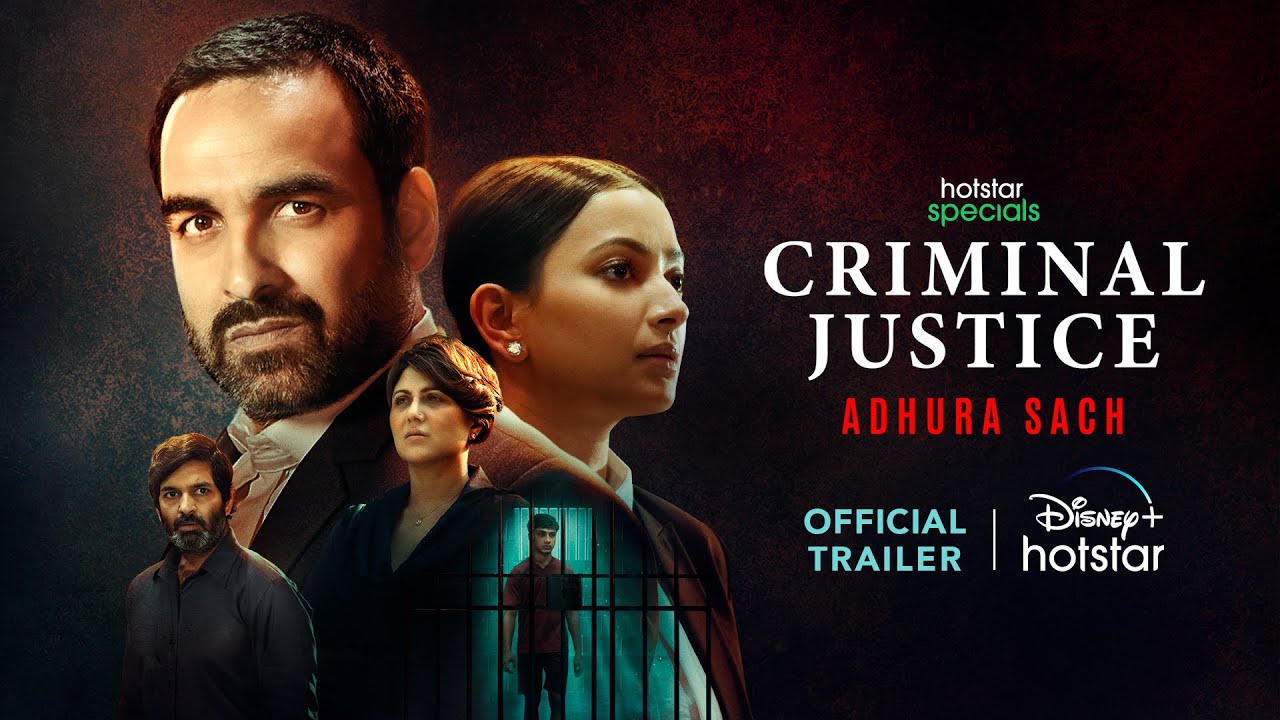 Pankaj Tripathi’s implacable good cheer overlays the horrific murder of a young girl, a teenage lad in jail for the crime, and complex modern-day iterations of nuclear families in Criminal Justice Season 3.

Pankaj Tripathi reprises his role as astute lawyer Madhav Mishra. It’s appropriate that he stars in Criminal Justice, which is now in its third season because he elevates it. From the occasional clunkiness and staginess, as well as the inevitable stretches that a series can fall into when trying to fill in the 40-odd minutes of an episode’s running time.

Nonetheless, the series, directed by Rohan Sippy and produced by Applause Entertainment in collaboration with BBC Studios, remained compelling. The horrific murder of a young girl, a teenage lad in jail for the crime, complex modern-day iterations of nuclear families, and the inter-cutting between legal proceedings and cop procedures, all overlaid with Mishra Ji’s implacable good cheer, kept me hooked.

Drugs are lethal. Green-eyed jealousy and apathy can also be destructive. Over the course of eight episodes, the web series explores the widespread use of party drugs among, well, young people who party hard; the overarching impact of social media on our lives; and the difficulties of parenting teenagers in today’s hyper-connected, Instagram-saturated world.

Swastika Mukherjee and Purab Kohli play the affluent Ahujas, co-parenting and managing teen social media star Zara and her step-brother Mukul, who is becoming increasingly insecure as a result of all the attention his sister receives both at home and outside the home. Mukherjee’s ex-husband (Gaurav Gera) gives a strong performance as a father who supports his troubled son. A drug-fueled party attended by both teenagers ends in tragedy: she is dead, and he is charged with her murder.

Enter Madhav Mishra, outfitted with his desi local insight and hounded assurance to back the reason for equity, and a sharp looked at dogsbody. His happy cooperation with his better half, who is in the middle of acquiring large walks in her desire to open a salon, leaves you grinning. What’s more, his jousting with the smooth English-talking, ‘unfamiliar taught’ foe (Shweta Prasad Basu) reminds us how language can be troublesome, and the way that honor can be countered.

Being ‘Hindi medium’ doesn’t make our Mishraji and to a lesser extent a ‘vakeel’: to be a decent individual, says he, is pretty much as significant as to be on the triumphant side. A portion of these exchanges are spot on, however, Tripathi is mindful and incapacitating, and we move right along on the way to disclosure. Indeed, the executioner is found, and indeed, the series figures out how to keep it unexpected till practically close to the end.