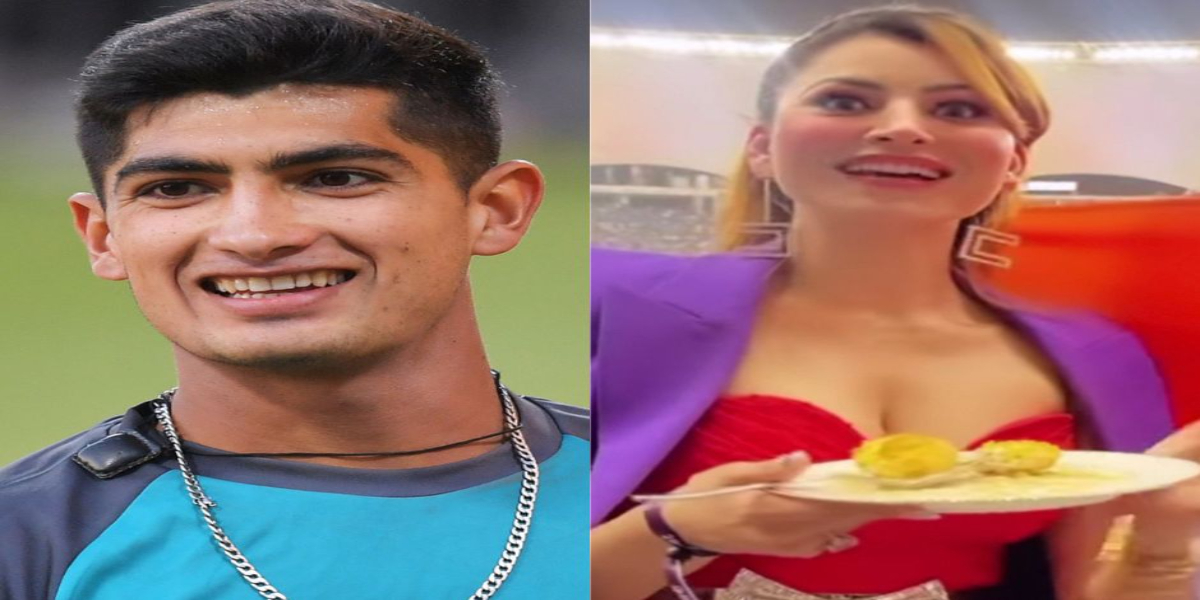 In the meantime, Naseem Shah clarified the situation by admitting he had no knowledge who Urvashi Rautela is during a news appearance.
“People keep sending me videos, but I have no idea about all this, and I have no idea who Urvashi is,” Naseem Shah stated. Thank you to anybody who comes to the field to see me play. Since I’m not from another planet, it’s nice for me if people enjoy me and come see me play in the stadium. Thank God for those like myself.

In a video she posted on her Instagram account, Rautela can be seen enjoying the match with brief appearances by Shah. She had been at the Dubai stadium to watch the intense India vs. Pakistan match.

Koi Tujhko Na Mujhse Chura Le by Atif Aslam was played in the background of the video.

Indian internet users criticised her for uploading a video with a Pakistani cricketer as soon as she released the film.

The keyboard warriors are having a blast with the most recent tidbit of news after Naseem Shah’s press conference!

After hitting two consecutive sixes against Afghanistan in the game’s final over, Naseem Shah cemented his place in history.

Later, it was revealed that Naseem’s bat would be auctioned off, with the proceeds going to the flood victims.