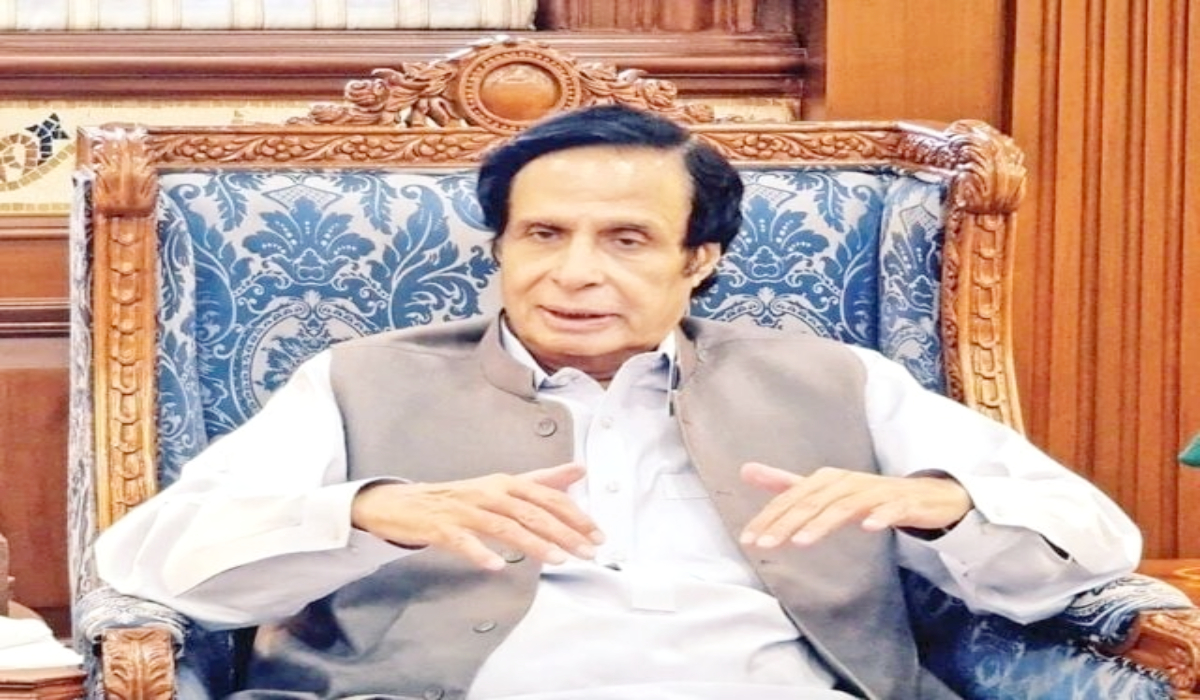 Elahi’s attorney, Barrister Ali Zafar, told the court that his client had accepted the vote of confidence from the Punjab Assembly during today’s proceedings.

The governor’s attorney pleaded with the bench to include the assembly proceedings in the court’s official record.

Justice Asim Hafeez asked at this point what would happen if the governor sent out another notification.

Zafar argued that the governor’s notification was unlawful.

Justice Abid responded by saying the matter of the vote of confidence was resolved.
Justice Shaikh questioned, “The floor test has been finished. Does this suggest that the subject has been decided now?”

Justice Shaikh once questioned the best number of days to conduct a no-confidence vote during the hearing.

Elahi’s attorney responded by stating that the governor should at least give a seven-day notice, but ideally should give a 14-day notice.

A session might be called on a holiday as well, Justice Hafeez pointed out.

Justice Shaikh argued that at that point, all that needed to be determined by the court was whether or not the governor’s estimate of when a vote of confidence would be held was accurate.

After that, the hearing was postponed until 12:30.

For failing to obtain a vote of confidence from the provincial parliament, the governor de-notified CM Pervaiz Elahi last month in the early hours of December 23, 2022.

Pervaiz Elahi, the chief minister of Punjab, and his cabinet were declared inactive under the constitution in the Punjab Governor Baligh-ur-Dec. Rehman’s 22 decrees because they had not requested a vote of confidence from the provincial legislature.

Since CM Pervaiz Elahi failed to get the Vote of Confidence on the designated day and time, the Punjab governor declared that he is no longer in office.

The following day, Chaudhry Pervaiz Elahi filed a lawsuit in Lahore High Court (LHC) against Punjab Governor Baligh-ur-Rehman for removing him from his position as Punjab’s chief minister.

Elahi claimed in a petition submitted through his attorney that the Punjab governor had broken a constitutional requirement and demanded a vote of confidence during the current session of the Punjab Assembly.

The petition argued that because the current session of the assembly was already in session, the governor lacked the authority to call a special session.

In his request for the high court to deem the governor’s decision “null and void,” Pervaiz Elahi made a strong case.

Arguments were made by lawyers Nasr Ahmed for the federal government, Khalid Ishaq for Governor Punjab, and Ali Zafar for Pervaiz Elahi.

Ali Zafar, the attorney for Punjab CM, begged the LHC panel to issue guidance following the annulment of the governor’s denotification decision.

The LHC judge responded by saying that in order to improve things, the court wants to maintain a balance. The judge questioned how a temporary remedy could be granted in the absence of assurances.

“We will repair the cabinet, but you must guarantee that our order won’t be misapplied.

We are able to extend your time. How can the constitutional procedure for dissolving the assembly be stopped? But we want to avoid producing that kind of circumstance.

After requesting that the CM’s attorney provide an affidavit promising not to dissolve the Punjab Assembly, the LHC postponed the session for an hour.

Following the resumption of the hearing, Pervaiz Elahi presented the affidavit to declare that he would not suggest to the Punjab governor dissolving the provincial legislature.

During a turbulent Punjab Assembly session, Elahi wins the majority.

In the early hours of Thursday, the Punjab Assembly held a special session in which Chaudhry Parvez Elahi, the chief minister of the province, received a vote of confidence from the body.

Mian Aslam Iqbal, a PTI leader and member of the Punjab Assembly, presented a resolution expressing support for the chief minister under the chairmanship of Punjab Assembly Speaker Sibtain Khan.

While the opposition alliance Pakistan Democratic Movement (PDM) boycotted the session, 186 members of the ruling coalition expressed trust in the leadership of the Chief Minister.

The dissolution of the Punjab and Khyber Pakhtunkhwa assemblies is anticipated to happen tomorrow, barring any legal challenges, according to PTI leader and former federal minister Fawad Chaudhry.

Following the successful vote of confidence by CM Pervaiz Elahi, he spoke to the media in Lahore and stated that Punjab CM received the necessary 186 votes.

He criticized PML-N leaders for skipping out on the assembly’s business, saying they should have shown up for the vote of confidence proceedings instead of running away.

Following rain in Punjab, according to Fawad Chaudhry, Rana Sanaullah and Ata Tarar departed for Islamabad.