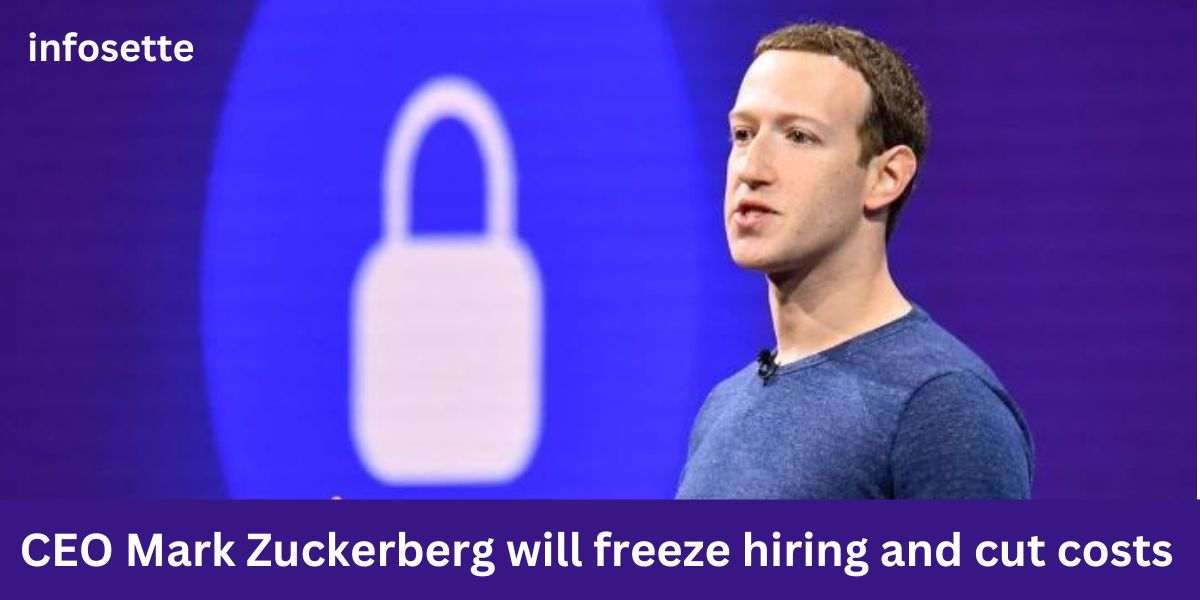 After a decade of rapid expansion, the company formerly known as Facebook intends to scale back. According to Bloomberg, Meta CEO Mark Zuckerberg announced plans to freeze hiring and restructure some groups within the company during an internal all-hands call on Thursday.

According to Bloomberg, Meta intends to drastically reduce all company budgets, including those for the teams it recently invested in. In recent months, Meta has put a lot of emphasis on VR and building its own metaverse. It is also rushing to develop short form video products, like Reels, that can compete with TikTok.

Even though Meta is not the only tech company currently cutting staff, the parent company of Facebook, Instagram, and WhatsApp is still going through extremely difficult times as a result of the hiring freeze. While many tech companies are currently battening down the hatches in light of the deteriorating outlook for the global economy, Meta is also dealing with new threats to its advertising business, most notably from changes to iOS privacy introduced by Apple last year.

In a July internal meeting, Zuckerberg warned that the company was headed for one of the “worst downturns that we’ve seen in recent history” and that he would be slowing hiring as a precaution. The company had already selectively halted hiring in some departments, but the global hiring freeze ushers in a new era.

In the internal call this summer, Zuckerberg stated, “I think some of you might decide that this place isn’t for you, and that self-selection is OK with me. In actuality, quite a few employees of the company probably have no business being there.