“As per Salman Sufi, Cashless Economy efforts are underway to transfer all government payments to using an online system within six months.”

According to Salman Sufi, Head of PM’s Strategic Reforms, the system will go live soon after Eid-ul-Adha.

Sufi stated that efforts were underway to move all government payments to the online system within six months for which instruction had been given to NBP’s president. 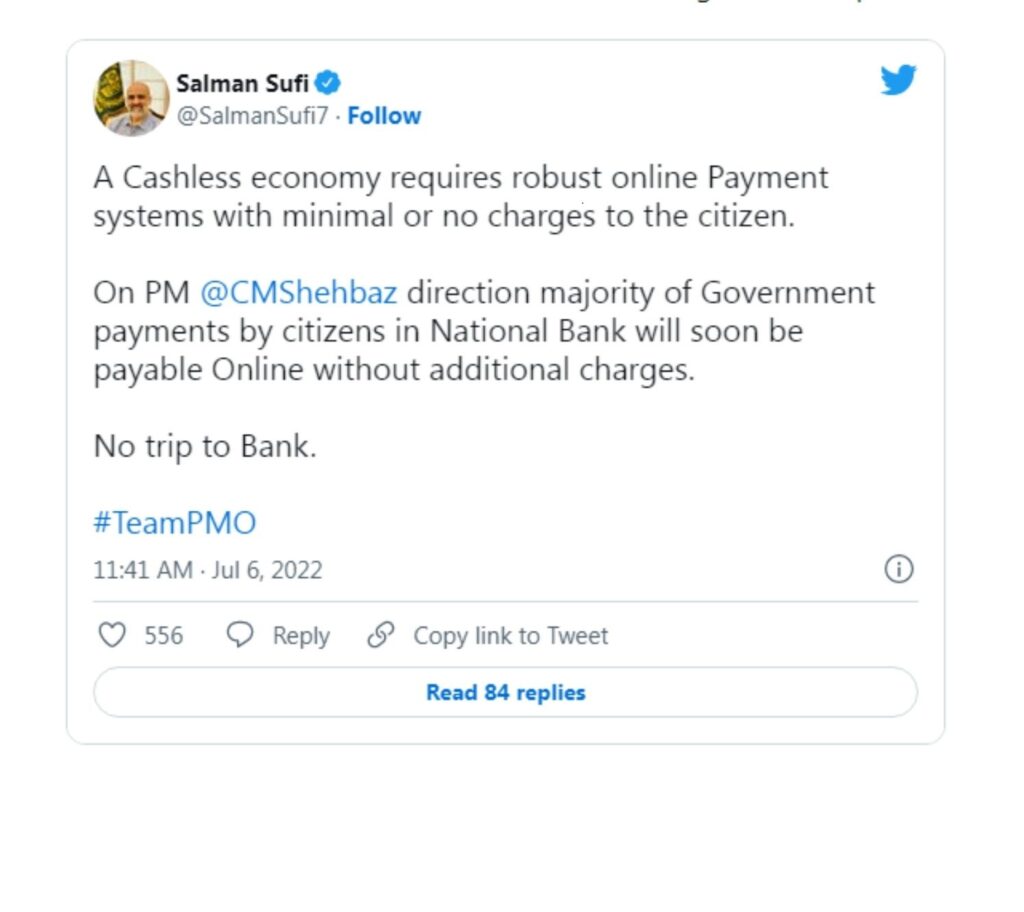 He stated that an efficient online system with no additional fees for consumers is critical for a cashless economy.

He stated that the move would be a watershed moment in the promotion of a cashless economy.