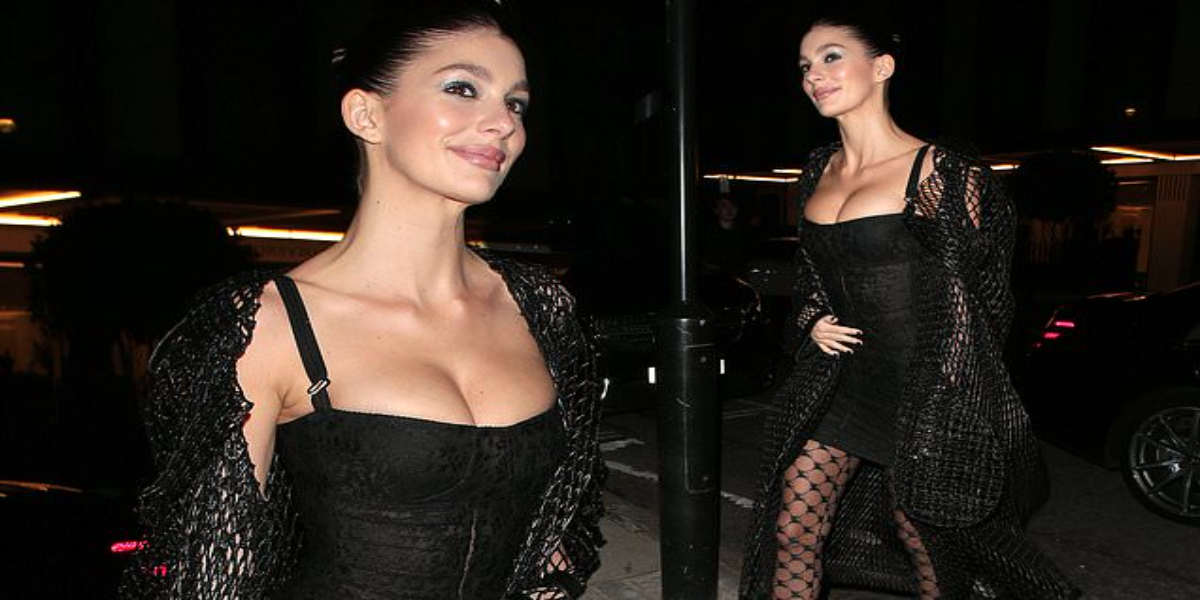 The model, 25, put on a fashionable display while wearing the low-cut dress, as her ex, 47, has apparently been spotted in Milan with Gigi Hadid, 27.

She opted for a dramatic makeup look, dressed up her height with black stiletto heels, and wore her dark hair pulled back into a sleek bun.

She conversed with pals during the after-show gathering at The Twenty Two, including model Selena Forrest and Lori Harvey.

After the Queen passed away on September 8, the Burberry Spring/Summer 2023 runway presentation was postponed.

It follows Gigi’s appearance on the Versace Spring/Summer 2023 runway on Friday during Milan Fashion Week, which she followed by attending the brand’s after-party.

Leonardo, who is rumored to be her new love interest, was also in the Italian city; the actor was seen out on Saturday with friends.

Read More Here :  Leonardo DiCaprio is ‘taking it slow’ with Gigi Hadid after his recent Breakup from Camila Morrone?