Brahmastra Movie , starring Alia Bhatt and Ranbir Kapoor, is well received by the audience. has a strong opening weekend and brings in INR 225 crore in just three days at the international box office.

The film’s director, Ayan Mukerji, posted updates about the box office on social media and expressed his gratitude to the audience for welcoming and embracing Brahmastra with open hearts.

He posted a video and commented, “Brahmastra has had a fantastic opening weekend with viewers,” according to IndiaToday. Only gratitude and more gratitude—for our audiences—can describe the feeling! The only reward we strive for at the cinema is the approval of the audiences.

The Brahmastra Trilogy and the Astraverse’s future ultimately rest in the hands of our audience, and this weekend we got some positive feedback from them in exchange for the years of effort put into this venture.

“I feel proud that we managed to create a great energy at the cinemas over the last three days, with people coming out and sitting together-to watch a very new king of movie for our Cinema, one which takes Technology to the next level, and does it while retaining the soul of Indian culture and spirituality,” continued Mukerji. “

Another source of pleasure, excitement, and advancement for us this weekend was the fact that “We” was the top-grossing movie worldwide! Putting forth positive energy for the upcoming weeks of Brahmastra’s Journey in theatres as well as for the success of the love of movies in general, the most well-liked art form of our day that entertains and ought to bring us together! ” 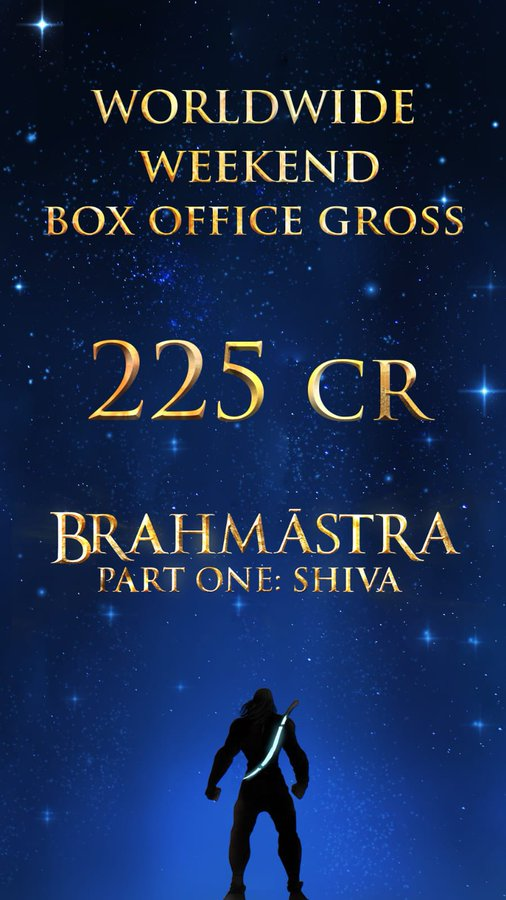 With the description “A weekend full of brightness and our hearts full of love,” Alia Bhatt posted the same video at the same time.

Ayan Mukerji announced that Brahmastra will feature a total of three sequels.