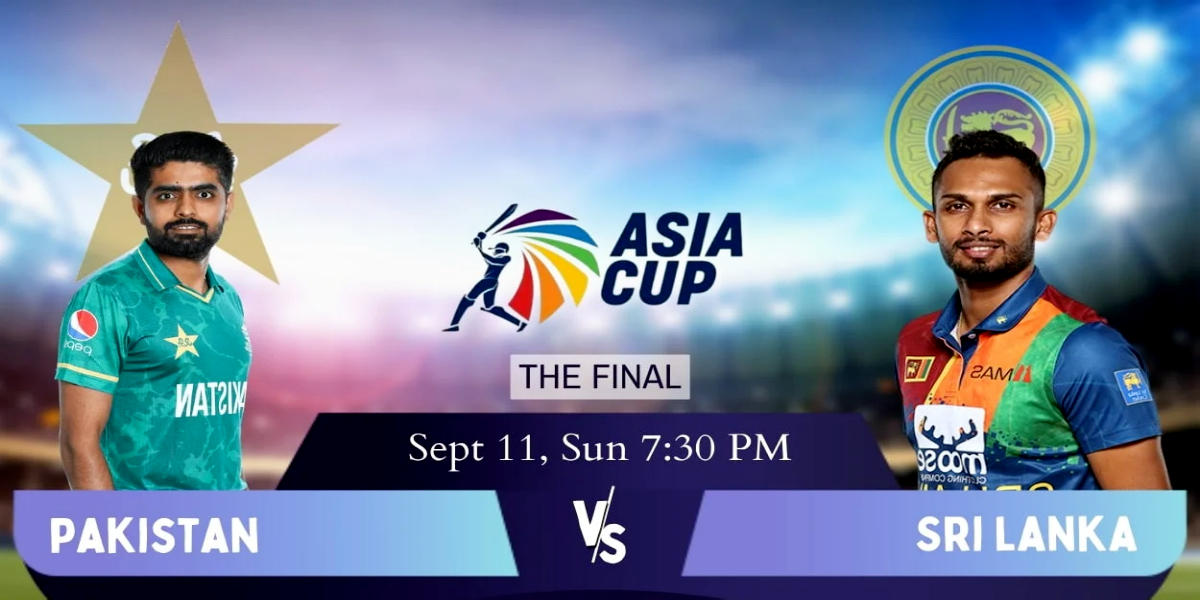 Pakistan vs Sri Lanka will play the Asia Cup final today. Match will start at 7:00 pm in Pakistan. Sri Lanka has a Psychological advantage against Pakistan.

Avenging a setback to India in the tournament’s opening game, Pakistan has also excelled.

DUBAI: Despite domestic issues, Sri Lanka has been able to defeat giants throughout the tournament and is ready to defeat Pakistan in the Asia Cup final on Sunday. 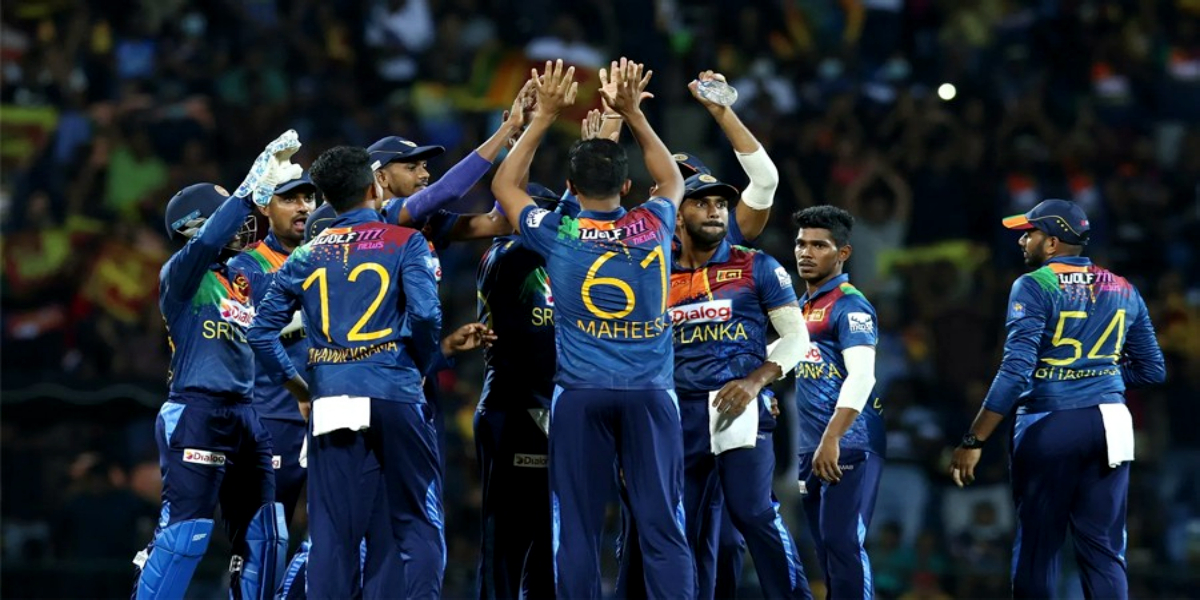 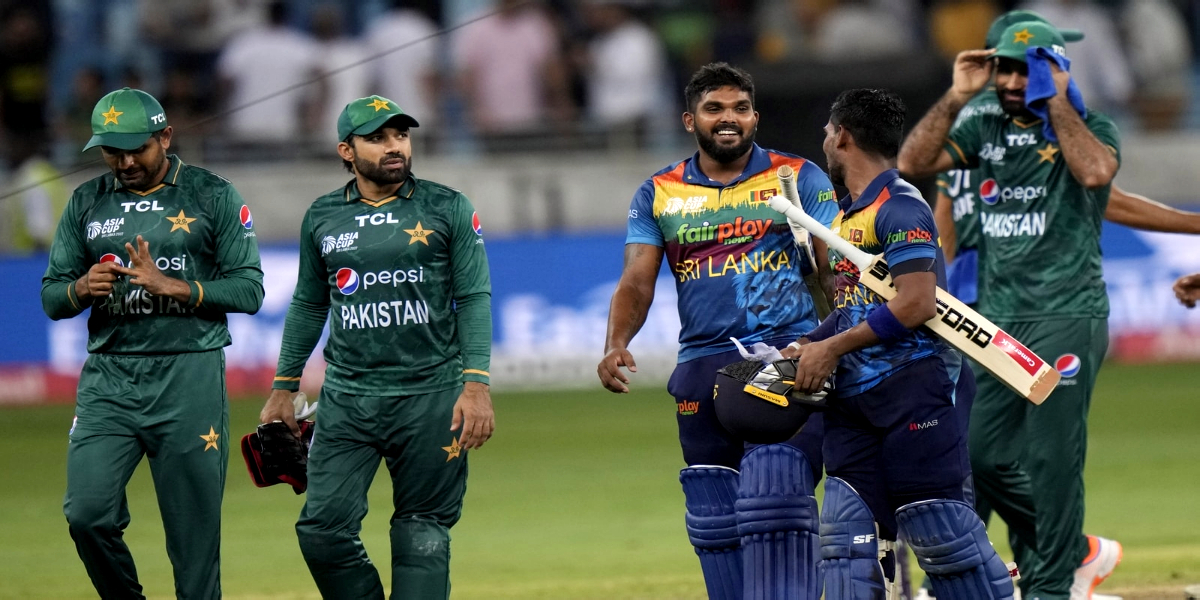 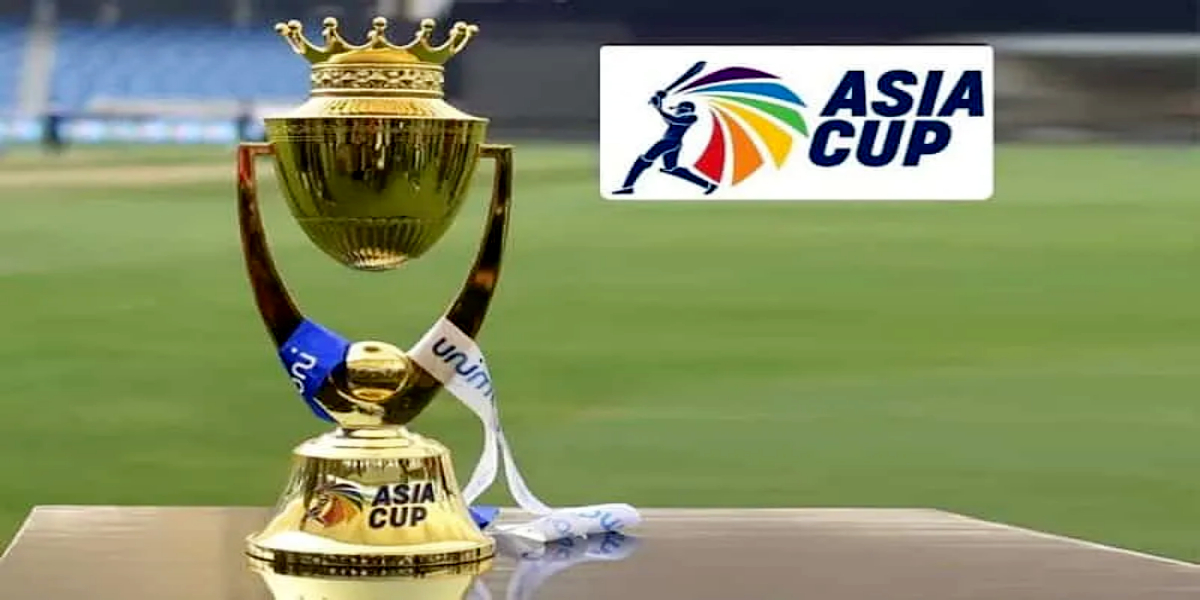 Political upheaval forced the island nation to cancel its preparations to host the Twenty20 tournament. They lost to Afghanistan by eight wickets in their opening match with just under ten overs left.

With Pakistan missing two top players, the final Super Four game on Friday served as a dress rehearsal for the Dubai final and saw Sri Lanka win for the fourth time in a row.

The spin duo of Wanindu Hasaranga and Mahesh Theekshana, who assisted in bowling out Pakistan for 121 on Friday in a comfortable five-wicket victory, will be crucial to their success on Sunday.

Pathum Nissanka, the opener, led the batting attack with an undefeated 55 in a masterful performance, but captain Dasun Shanaka advised his players against becoming complacent.

In spite of our enormous confidence following four straight victories, Shanaka assured reporters that “we still don’t take Pakistan lightly in the final.”

“We should be ready for that since we know they’re a very talented side with enough powerful players to come back strong,” said the coach.

Sri Lanka performed admirably in their most recent home series of two Test matches against Pakistan, which were held in Galle against the backdrop of a trying economic crisis and political instability.

After horrible months of blackouts, fuel shortages, and protests, Shanaka claimed that his team had received “messages of love and support” and that their Asia Cup victory had brought joy home.

It’s great that we are winning and helping them out at the same time, he remarked.

With monsoon floods covering a third of the nation, Pakistan is dealing with its own domestic problems.

The team, however, has excelled throughout the competition, which served as a warm-up for the T20 World Cup in Australia starting next month, avenging a loss to India in the tournament’s opening match and winning a nail-biting match against Afghanistan in the final over.

Naseem Shah, a fast bowler, and Shadab Khan, an all-arounder, both missed the match on Friday but may increase Sri Lanka’s odds when they play in the final.

While Shaheen Shah Afridi, Pakistan’s star fast bowler, was out of the competition due to injury, Naseem, 19, has maintained Pakistan’s bowling attack’s advantage.

In a thrilling victory over Afghanistan by one wicket that ensured India’s elimination, he also struck two sixes.

Babar Azam, the team’s captain, managed a tournament-low batting average of just 30. With 226 runs in five games, Mohammad Rizwan is the only player who consistently performs well.

In the most recent game, in which we defeated India, “we pursued and batted brilliantly,” he said.

The proper course is being taken, and we are confident.

Despite the fact that Pakistan’s most recent defeat to Sri Lanka may have slowed their progress, Saqlain assured the players that they would learn from Friday’s game.

Saqlain stated, “I’ll talk about mistakes in the locker room, but Sri Lanka will go into the final with confidence, and Pakistan will bring some knowledge and enthusiasm.