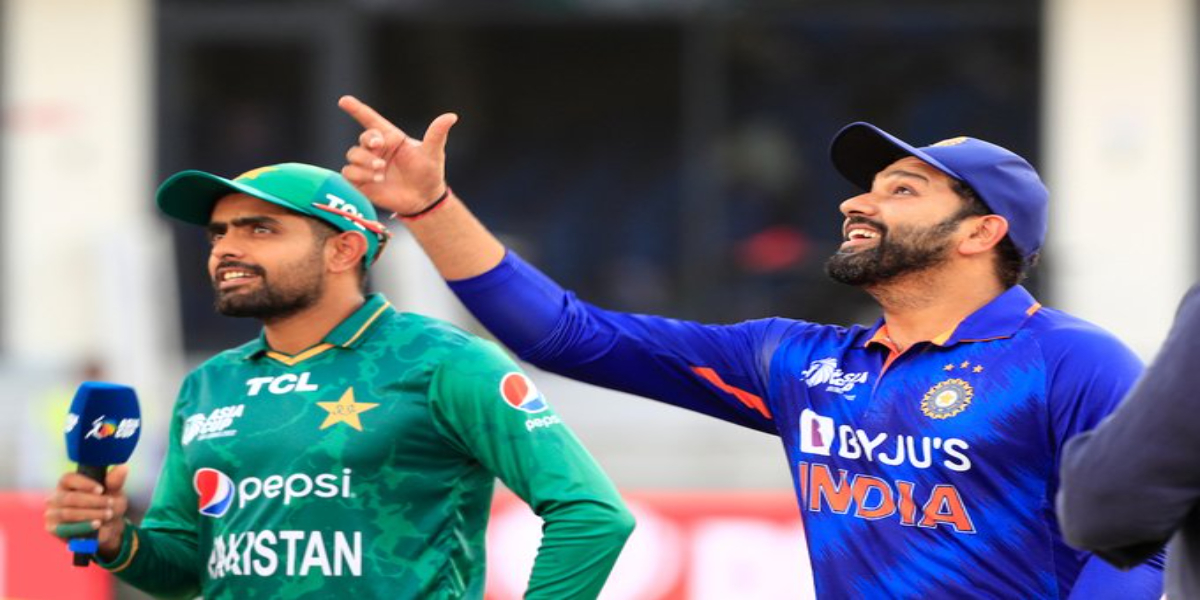 Pakistan has made one change from their 155-run group stage thrashing of Hong Kong, with pace bowler Mohammad Hasnain replacing the injured Shahnawaz Dahani, who was ruled out owing to a suspected side strain.

“We’ll start with bowling. The dew could be an issue, which is why we’re bowling first “Azam stated during the coin toss.

“We took a lot of positives from our previous match against India. The message is to play optimistically.”

India, who advanced to the Super Four stage with wins over Pakistan and Hong Kong, have made three changes to their team, with Hardik Pandya returning to the XI after being rested in the last match.

Ravindra Jadeja, who was forced out of the tournament with an injured knee, and Avesh Khan, who is recovering from illness, have been replaced by leg-spinner Ravi Bishnoi and all-rounder Deepak Hooda.

Skipper Rohit Sharma stated that if he had won the toss, they would have bowled first as well, but that playing freely in the much-anticipated match would be critical.

“We would have bowled first, but now we need to play freely and score well on this surface,” Rohit remarked.

“In this format, momentum is everything; you have to be right from the start and not care about external influences.”

Rohit stated that Jadeja has come home and that selecting the team for their first Super Four match was a “headache.”

Due to political concerns, the fierce adversaries only face each other in multi-nation events.

The top two teams at the completion of the Super Four stage will compete in the final on September 11 at the same location.

The tournament serves as a warm-up for the T20 World Cup, which will be held in Australia in October and November.