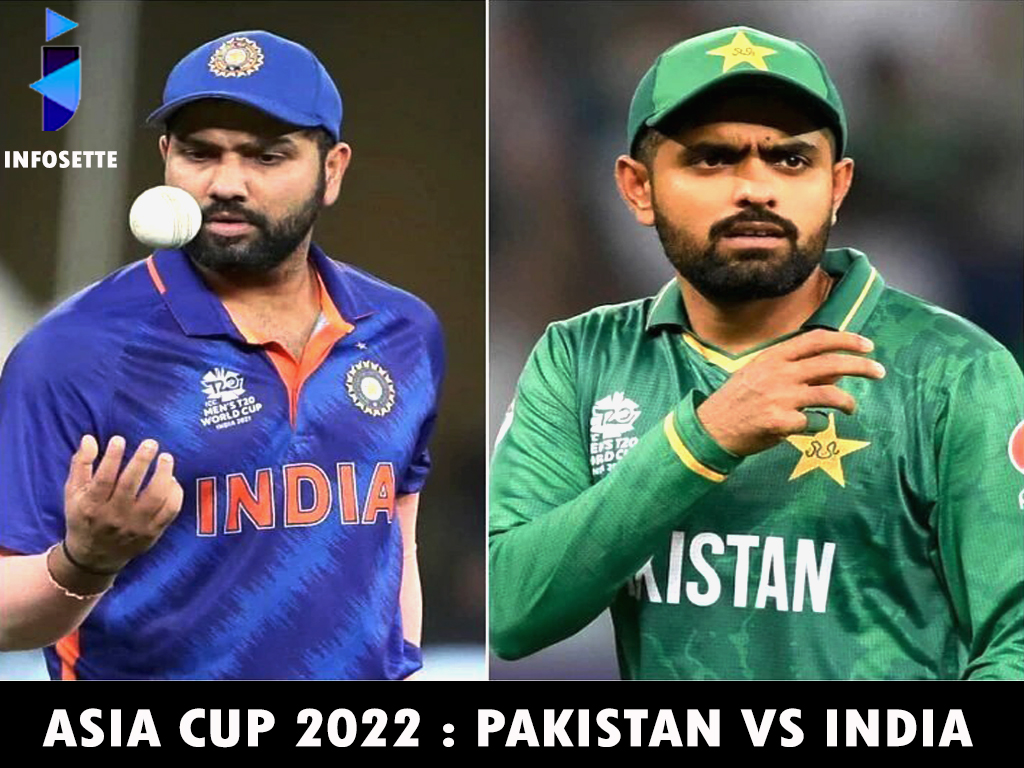 The Twenty20 Asia Cup 2022 explosive opening match is scheduled to begin today (Sunday) at 7 p.m. PST at the Dubai Cricket Stadium in the United Arab Emirates (UAE), where archrivals Pakistan and India will square off.

Both teams are ready for a significant cricket match in Asia. Additionally, Pakistan has decided on its final starting eleven; however, the team’s names won’t be made public until the coin toss.

Batting superstars like captain Babar Azam, Mohammad Rizwan, Fakhar Zaman, Khushdil Shah, Asif Ali, and Hyder Ali will be on the green shirts. Mohammad Nawaz and Shadab Khan will both demonstrate their spinning prowess in addition to their batting prowess.

The team will add fast bowlers Naseem Shah and Haris Rauf. The starting eleven will either include Muhammad Hasnain or Shahnawaz Dhani.

Virat Kohli, Rohit Sharma, and KL Rahul are just a few of the prominent players for the Indian team. They will be supported by skilled pacers and spinners. Shaheen Shah Afridi and Jasprit Bumrah, the two key bowlers for the two teams, will be unavailable for this game. Fans of cricket will miss them both.

The Asia Cup 2022 will feature six Asian teams divided into two groups. Pakistan is in Group A, along with India and Hong Kong. Group B includes the other three Asian teams: Sri Lanka, Afghanistan, and Bangladesh. Following the group matches, the top two teams from each group will advance to the Super Four stage, which will begin on September 3.

On September 11, the Super Four’s top two teams will compete in the championship game. The game of cricket will go on until the conclusion on September 11 in Dubai and Sharjah.