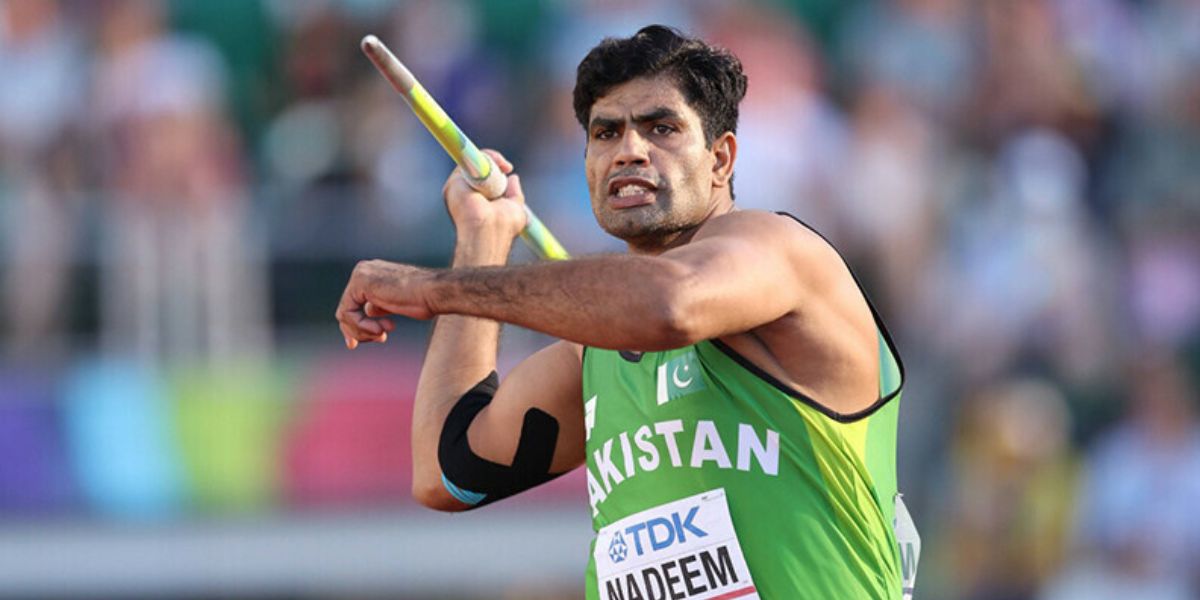 Pakistan wins a Gold medal thanks to Arshad Nadeem

(infosette News) Arshad Nadeem of Pakistan made history by breaking the 90-meter barrier in the men’s javelin throw event at the 2022 Commonwealth Games (CWG) in Birmingham, becoming the first athlete from South Asia to do so.

The javelin thrower made history by winning a gold medal in athletics at the Commonwealth Games, becoming the first Pakistani to do so in 60 years.

The 25-year-old began the first round with a throw of 86.81 metres, which was a personal best. He broke his personal record with an 88-meter third throw after his first two attempts were ruled illegal.

The Olympian’s fourth try resulted in a throw of 85.09 metres, but there was still much further to go. With a throw of 90.18 metres on his fifth attempt, Nadeem astonished the globe by becoming the first South Asian to break the 90-meter mark in the sport.

The Mian Channu native, who had already won the gold after his fifth throw, threw at 81.29 metres on his sixth try.

The 87.58-meter throw of India’s Neeraj Chopra, which won him gold at the Tokyo Olympics, was much inferior to Nadeem’s 90.18-meter performance.

The Commonwealth Games 2022 saw Pakistan win their second gold medal. In the preliminary round of the men’s +109kg weightlifting competition, weightlifter Nooh Dastagir Butt has won the gold medal.

When Olympian Ghulam Raziq won the gold medal in the men’s 120-yard hurdles event in Perth in 1962, Pakistan’s final athletics gold at the Commonwealth Games.

PTI Chairman Imran Khan also praised athlete Arshad Nadeem for overcoming an injury to win the Gold for Pakistan and establishing a new Games record with a throw of 90.18 metres.

Arshad Nadeem was praised by COAS Qamar Javed Bajwa for breaking records and making history during the Common Wealth Games 2022 with his outstanding performance. The COAS was quoted by the Inter Services Public Relations as saying, “Arshad Nadeem is pride of the nation and our national Hero” (ISPR).