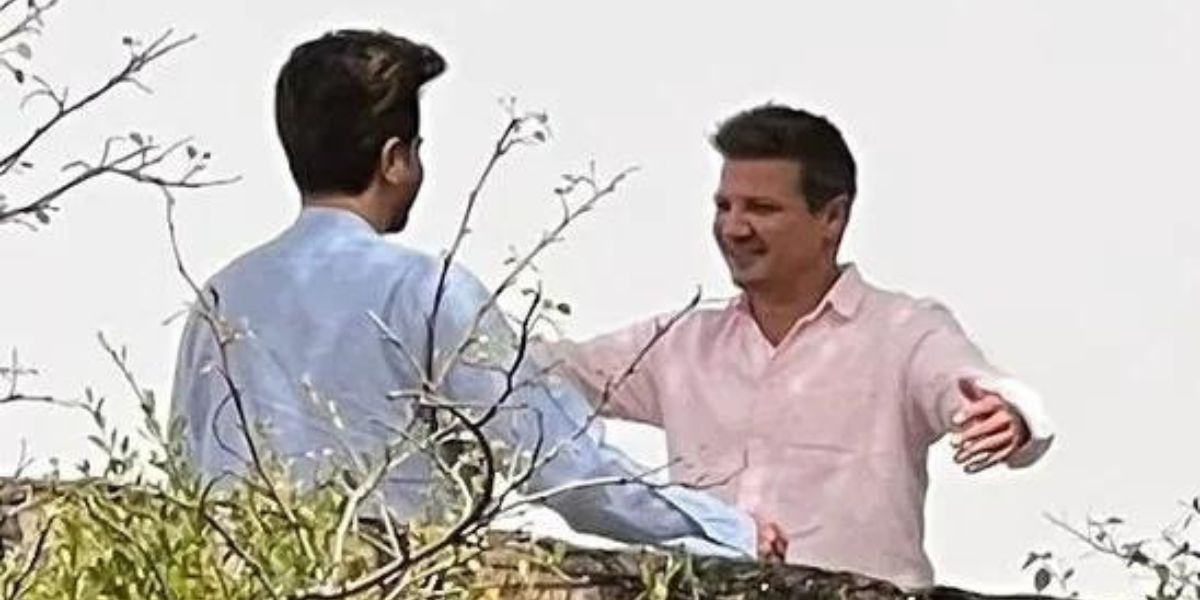 Anil Kapoor sent his best wishes to Jeremy Renner, a Hollywood actor and co-star. While removing snow from his Reno, Nevada, home over the weekend, the Hawkeye actor sustained serious injuries. Anil and Jeremy filmed in India in May of last year for a Disney television show. Additionally, they had made a contribution to the Mission: Impossible – Ghost Protocol movie with Tom Cruise.

Anil tweeted two old paparazzi photos of him and Jeremy along with the message, “Praying for your speedy recovery, Jeremy.” Jeremy suffered an injury on Sunday. He was flown to the hospital by helicopter early Sunday. “We can confirm Jeremy is in critical but stable condition with injuries suffered after experiencing a weather-related accident while ploughing snow earlier today. His family is with him, and he is receiving excellent care, according to a news website.

Jeremy, a two-time Oscar nominee, lives in Reno, near Mt. Rose – Ski Tahoe. According to local reports, a snowstorm hit the area on New Year’s Eve, knocking out power to 35,000 homes in Northern Nevada. He hurt himself while plowing snow.

Jeremy’s next appearance will be in Mayor of Kingstown, which premieres on Paramount on January 15th. He is best known for his role as Clint Barton, also known as Hawkeye, in the Marvel Cinematic Universe. He has also appeared in other Avengers films as Hawkeye.
Jeremy spent last year in India filming the Disney+ docuseries Rennervations. They were photographed shooting at Alwar’s Dholagarhi Devi Temple, according to online reports. Jeremy was frequently seen playing cricket with neighborhood kids in his spare time.

Anil’s filmography is incredible. He will appear in the Ranbir Kapoor film Animal this year. He also has the film Fighter, directed by Siddharth Anand and starring Deepika Padukone and Hrithik Roshan. It will be released the following year.

Anil and his son Harsh Vardhan Kapoor co-starred in the Netflix film Thar last year. The film Jugjugg Jeeyo, in which he co-starred with Neetu Kapoor, Varun Dhawan, and Kiara Advani, was also released in theaters.