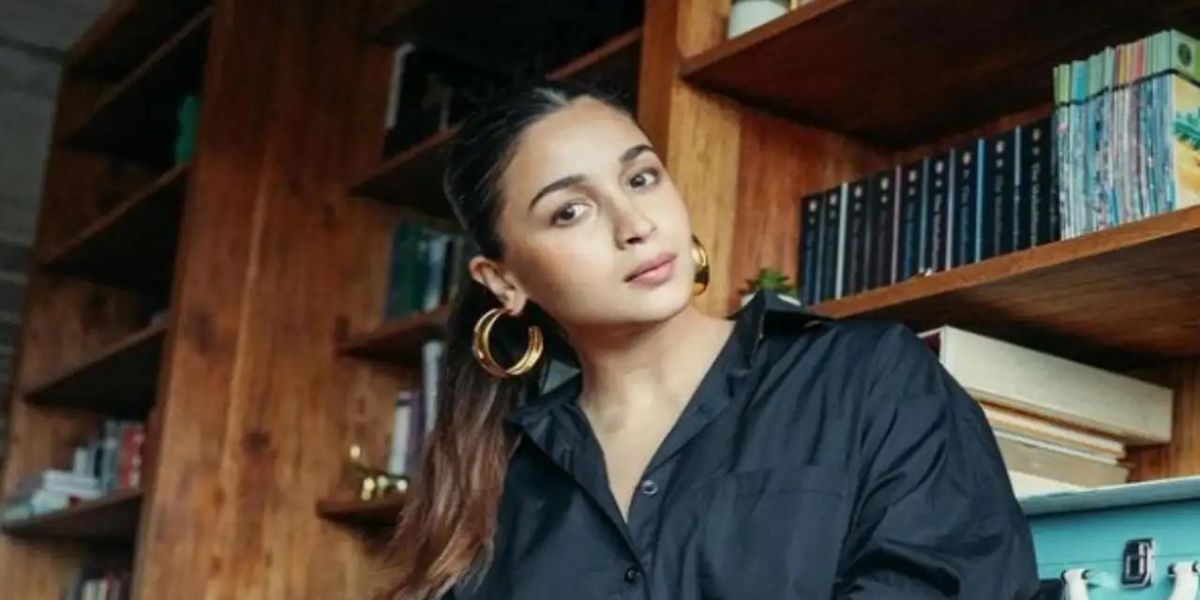 Shraddha Kapoor heightened fan excitement today by sharing a poster for her upcoming film with Ranbir Kapoor on her social media handle. However, she has not revealed the title, leaving fans in suspense. The actress has even asked them to guess the title, which will be revealed tomorrow. However, Alia Bhatt, who is on maternity leave, has reacted and suggested a funny title, taking the game to a new level. She posted it on her Instagram stories.

Alia shared the poster on Instagram Stories, writing, “Tingle jingle mingle mingle?” Along with the emoji for confusion. Shraddha had previously released a poster with the movie title’s acronyms. Everyone is guessing what it could be based on the initials “TJMM.” “And the title is……,” Shraddha wrote. “Can you guess Karo?” Luv Ranjan directed the film, which was co-produced by Luv Films’ Luv Ranjan and Ankur Garg and presented by T-Series’ Gulshan Kumar and Bhushan Kumar. It is scheduled to be released in cinemas worldwide on Holi, March 8, 2023. 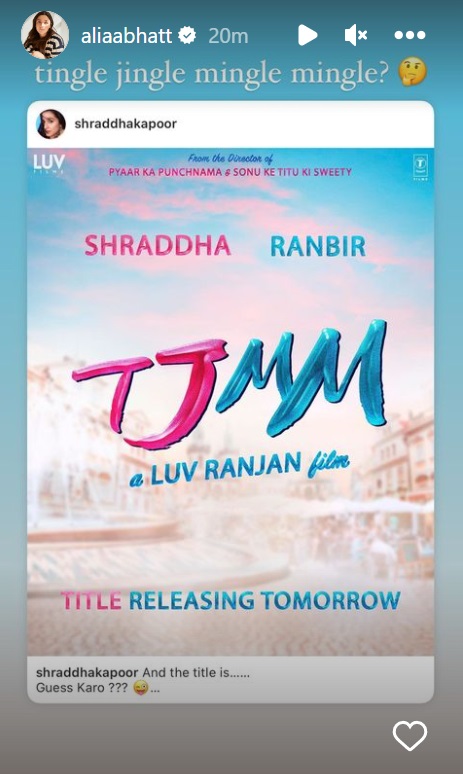 Ranbir Kapoor’s next film will be Animal, in which he will co-star with Rashmika Mandanna. Alia Bhatt, who is currently on maternity leave, will appear in Karan Johar’s Rocky Aur Rani Ki Prem Kahani. Ranveer Singh, Dharmendra, Shabana Azmi, and Jaya Bachchan also play important roles in this film. In The Heart Of Stone, she makes her Hollywood debut alongside Gal Gadot.