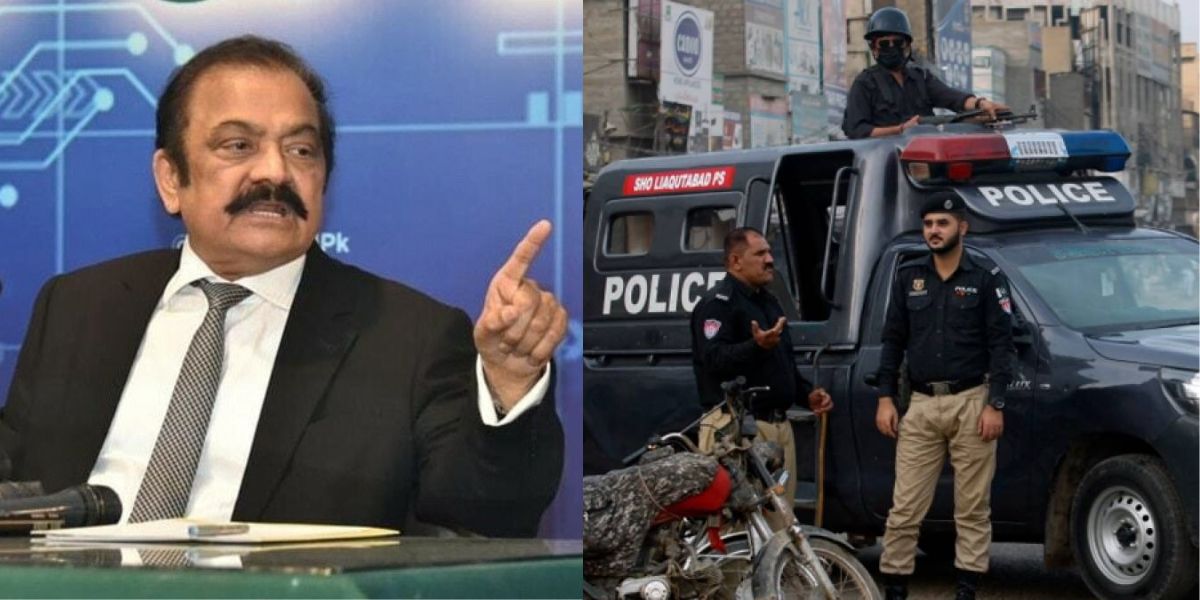 ISLAMABAD: Despite a new arrest warrant being issued for Interior Minister Rana Sanuallah, a team from Punjab’s Anti-Corruption Establishment (ACE) came back empty-handed on Monday, blaming a “lack of cooperation” from the Islamabad police.

The Islamabad Police “refused to comply,” according to a statement from ACE Punjab, in the arrest of the interior minister. Additionally, the officials claimed that when the police showed up to the Secretariat Police Station in the federal capital to make the arrest, they mistreated them.

“The police didn’t even keep track of the anti-corruption team’s entrance and departure. The ACE personnel said that our vehicles had also been removed from the police station.

Additionally, the officials said they will inform the court of the activities they had to deal with at the police station today.

However, a formal arrest warrant was obtained at the police station, according to a statement from the capital police, but ACE Punjab refused to provide the documents.

The public liaison officer added that the ACE was told to follow the law in accordance with the accepted practice. However, the anti-corruption body has not taken a definite stance.

The statement added that all legal requirements would be followed in taking action.

“The Punjab Anti-Corruption Establishment officers are requested to resolve legal disputes legally and to refrain from misrepresenting facts. The statement said, “Islamabad Capital Police is present at all times to obey all court orders.

The police claimed that such claims prevent institutions from cooperating with one another on administrative issues and added that they reserve the right to pursue legal action against such misrepresentation.

A judicial magistrate earlier today issued a new arrest warrant for Interior Minister Rana Sanaullah, and the police were instructed to seize the minister right away and bring him before the court.

The new warrant was issued two days after the interior minister was served with a non-bailable arrest warrant in Rawalpindi for failing to appear before the Punjab’s Anti-Corruption Establishment (ACE).

The prosecution cited the changes related to the execution of the prior arrest warrant in a report it submitted to the court today, asking the judge to approve and make some modifications to the new warrant.

On September 8, Senior Civil Judge (Criminal Division) Ghulam Akbar of Rawalpindi issued a non-bailable arrest order for the interior minister for allegedly refusing to cooperate with the graft case probe.

The interior minister allegedly paid less than the agreed-upon price for two plots in the Bismillah Housing Scheme in the Kallar Kahar neighborhood, according to the ACE. Additionally, was stated that Sanaullah received both plots as payment for his cooperation.

According to sources, the Kohsar SHO refused to comply with the arrest warrant since it listed the interior minister’s Faisalabad address rather than any residence or place of business that was under his police station

The ACE crew then departed Kohsar and went to the Secretariat police station, but they got the same response.

Sanaullah’s arrest was authorized by the court, according to the ACE officials who had the warrant in hand, but the police refused to cooperate.